AZOMITE has come a long way since its humble Utah beginnings and is now available in over seventy countries.

The History of AZOMITE 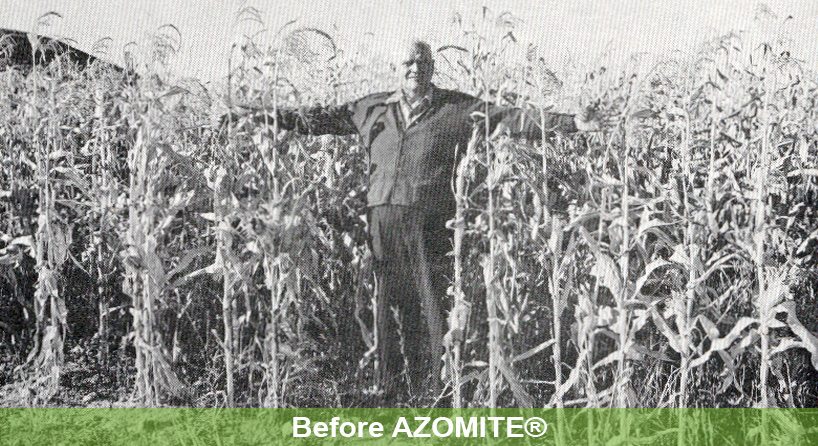 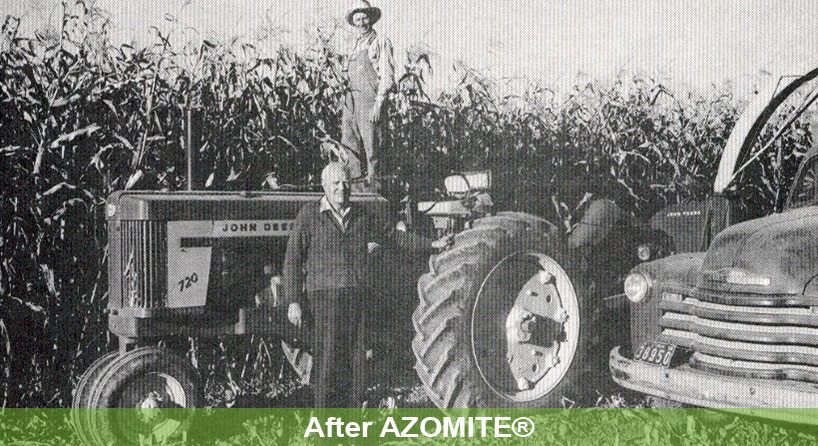 An estimated thirty million years ago, the intense pressure from volcanic gasses created by bubbling magma caused the side of a mountain to rupture. A thick cloud of ash spewed out of the blowhole for days and formed a thick bed of highly mineralized volcanic ash. Saturated by rains, the volcanic ash and mineral dust bound together naturally to create a hard rock formation encapsulating the minerals. As the rains continued, the mineral reserve became a seabed. The seas receded and intense tectonic activity followed, forcing the earth’s crust to facture and heave; lifting the previously level rock bed into a hill formation geologists refer to as a “hogback” – rich with minerals.

As time passed, legend of the healing powers of these “painted rocks” spread. Native Americans traveled great distances to reach the pink formation to chip off pebbles to be crushed and placed in planting holes with maize seed. The powerful pink powder became a key ingredient in both Native American agriculture production and medicinal healing tonics.

In the late 1930s, a geological prospector named Rollin Anderson became fascinated with the local legends and left the hustle and bustle of San Francisco for Utah to explore a simpler life and the rocks he had heard so much of. Anderson began to mine and sell the crushed rock locally based on the testimonials of the farmers who supported his quest to prove the legends true. By 1942, he had completed several trials and was convinced of the remarkable benefits to plants, sheep, cattle and turkeys.

“The first tomatoes we planted with the dust came up fine and healthy, whereas the controls were attacked by hideous long green worms. We picked off the worms wherever we found them, but they ate a lot of leaves. On the AZOMITE® plot, not a worm. The plants were stronger, held fruit well, and had great flavor. Once you’ve tasted a vegetable grown with AZOMITE® you’re spoiled for life. The beets in the control plot were juiceless and woody.“

The Secrets of the Soil, Christopher Bird and Peter Tompkins

Seeking validation beyond his control gardens, Anderson took some ore samples to Salt Lake City to Dr. Charles Head, a ranking scientific expert at the U.S. Bureau of Mines. Placing a tiny particle of the ore beneath the lens of his microscope, Dr. Head found the ore to contain a wide variety of minerals. He explained that the multitude of minerals he detected in the pink ore reminded him of the caliche rock of Chile and Peru from which the world’s finest nitrates were mined. While there, Dr. Head had developed the conviction that much of the benefit plants were deriving from South American nitrates was not from the nitrates themselves, but from minute quantities of trace elements, which served as catalysts in the developing plants. His pioneering theory contravened prevailing opinion that considered trace elements to be “impurities”.

“We have ganged up on nature by taking the attitude that insects are invading our fields and destroying our crops. So we kill the bugs, thinking it correct. Instead, we are killing ourselves. The bugs are only destroying our crops because we are not feeding the crops their proper food. And the same thing holds true for livestock and humans. Many nutritionists and physicians theorize that there is only one disease – malnutrition; that all other ills derive from it. We are not giving ourselves, our livestock, or our plants the natural trace elements needed to grow and prosper the way our Creator intended. “
— Rollin J. Anderson

Upon his retirement in 1988, he leased the reserves to Peak Minerals, a company formed by Mr. Wes Emerson, his close friends and family. Peak adopted a policy of supporting the legends and testimonials and broadened Anderson’s work through accredited research studies at many high schools, colleges and universities. In 2011, the Anderson Company’s ownership merged with what is now known as AZOMITE Mineral Products, Inc. Researchers consistently find significant improvements with AZOMITE use, lending credibility to the original legends. AZOMITE products are now available worldwide in over fifty countries and listed by the Organic Materials Review Institute (OMRI) for use in certified organic production and processing.

Want to learn how AZOMITE®’s remineralization can dramatically improve your soil, gardens, flowers and crops? Contact us now.