Posted on October 22, 2017 In Research Snapshots

A research farm in central Pennsylvania tested their standard soybean fertilizer program (no fertilizer), compared to two rates of granular AZOMITE fertilizer broadcast 10 days after planting the Stine 25LH62 soybeans on May 20, 2016. The AZOMITE was applied May 30, 2016, by a broadcast spreader at two rates of 150 lbs/ac and 300 lbs/ac. Four replications of the three treatments in randomized plots were laid out in plots 15 ft x 100 ft long. 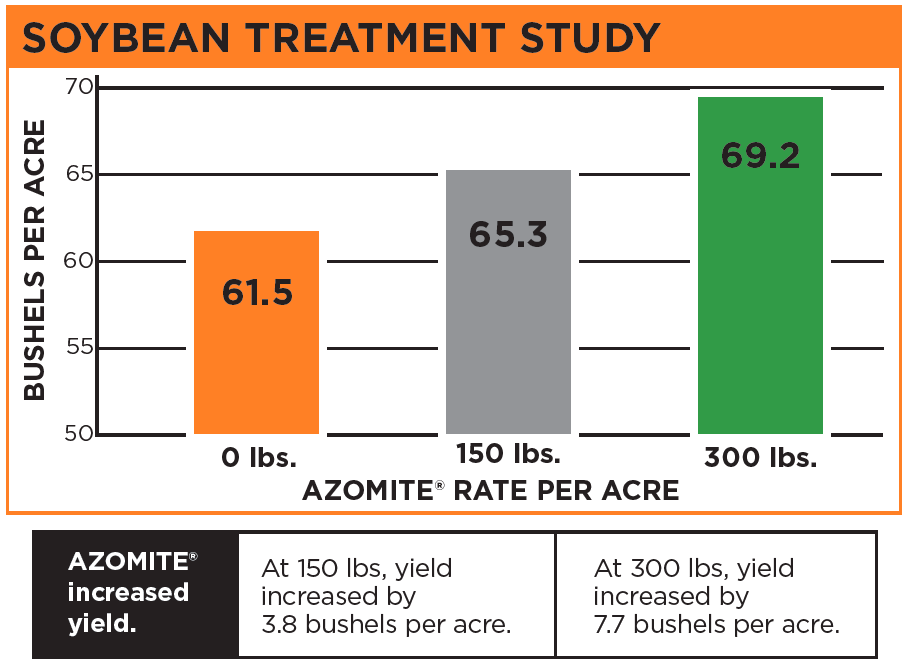 Benefit at a glance: