Posted on October 20, 2017 In Research Snapshots

A research farm in Pennsylvia tested their standard pumpkin fertilizer program*, against that program — with the inclusion of two rates of granular AZOMITE on Gladiator Pumpkins. All fertilizer was broadcast on the plots three weeks after planting in early July.

There were four replications of the three treatments, in 15 X 50 foot (750 sq ft) no-till plots on this working production farm. Yields were collected and weighed and the return on investment calculated based on current market prices ($100/35 count bin). 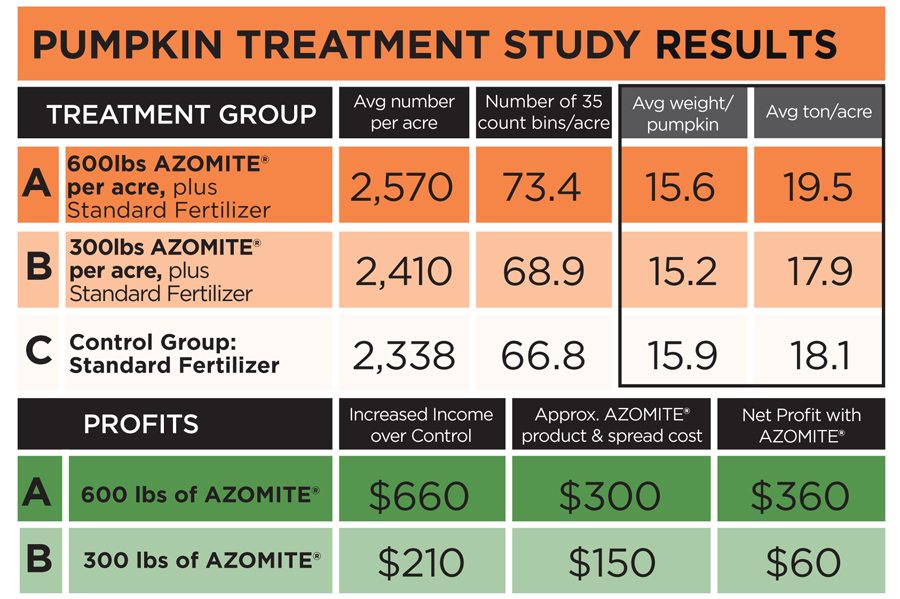 Benefits at a Glance: